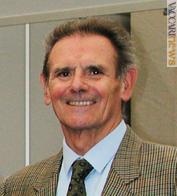 His enthusiasm for philately was shown already at Italia 85, and the Italian Federation asked him to sign the Golden Roll of Italian Philately as “a great cherisher of philately and a friend of philatelists”. He was the motor, formally as General Commissioner but also as , of three world exhibitions: Italia 85, Genova 92, and Italia 98, that he carried forward while retired. In conjunction with the 1985 and 1998 exhibitions FIP had its yearly Congress, respectively in Rome and Milan. As at Italia 85 there were some logistics issues with the dealers, he decided to organize a friendly event in Milano in 1987. Such initiative was so successful that Milanofil has become a permanent appointment in the philatelic calendar. These international exhibitions were presented at the most important shows of the time and Dr. Veschi was very pleased to meet, at these receptions, postal authorities and philatelists from all over the world.

In parallel he supported the publication of many publications concerning some outstanding philatelists and the most important definitive issues. He remained close to the philatelic world as a writer and a speaker, till recently, documenting facts and services, or proposing his ideas for the future of philately.

I worked with him in the last days of Italia 85; then I shared with him the organization of Genova 92 and Italia 98. The time spent with Enrico was very rewarding as I appreciated his enthusiasm, his commitment, his capability as decision maker and, overall, his friendship.

OUTSTANDING BOOK OF THE ROMANIAN PHILATELIC FEDERATION
Scroll to top