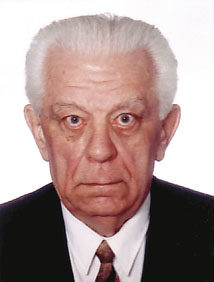 „Ladi“ as we used to call him was born on 27th June 1923. He dedicated his life to Czechoslovak and international philately. This untiring organizer, juryman and expert was the most successful functionary of both Czechoslovak and Czech Republics of all times. He was a co-founder of the Union of Czechoslovak  Philatelists and its long-standing President in the years 1965 – 1989.

He mastered 12 world languages and was also able to make himself understood in dozens other languages as he had extraordinary natural ability and diligence to study them. This was also one of reasons for his long-standing engagement within the International Federation of Philately (FIP) – as member of the Executive Board since 1967, Vicepresident since 1971 and President since 1980 till 1990.

During this period he initiated a number of new rules connected with organizing philatelistic competitions and exhibitions. Highly important was his contribution towards introducing the evaluation of philatelic exhibits according to points´ criteria .

On a nationwide level he devoted himself to promoting of Czechoslovak stamps and contibuted significantly to organizing of successful international exhibitions PRAGA 1968, 1978 and 1988.

Mr Ladislav Dvoracek, RDP will be long remembered as one who devoted his life to philately.