Blog - Latest News
You are here: Home1 / News2 / OFFICIAL STAMP FOR A MEMBER OF FIP COMMISSION 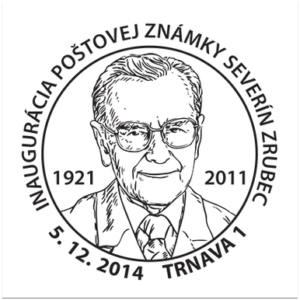 JUDr. Severín Zrubec (* Lúčnica nad Žitavou, November 5, 1921 – † Bratislava, March 11, 2011) lived, worked and received his degree of Doctor in Laws at the Faculty of Law of the Slovak University (1948) in Bratislava. Severín Zrubec worked as a lawyer in various organisations. He held his final post at the Ministry of Agriculture of the Czechoslovak Socialist Republic (1968 – 1981) until 1982 when he retired. He is buried in his home place.

Philatelic public knows him primarily as a respected representative of the Union, a brilliant journalist, a successful exhibitor, a member and president of the domestic and international juries for the exhibits and already less than the poet. He took part in organised philately for more than fifty years. He engaged in modern view of philately as a hobby with a significant cultural and social mission. Since 1952, Severín Zrubec was a member of the Union of Slovak Philatelic Societies. Attempts for re-establishment of the Union of Slovak Philatelists (1969) are also closely connected with his name. He held an office of the union chairman during two terms (1969 − 1979) and then continued as its vice-chairman for another two periods. His activities earned him various awards, for instance, Gold Honorary Medal of the Union of Slovak Philatelists and Laureate of the Prize of the Union of Slovak Philatelists 2000. Severín Zrubec worked as a member of the Thematic Philately Commission of FIP (1972 – 1984) and FIP Jury member and jury senior member (1973 − 2011), as well.  His name has been written in golden letters in the Slovak and European philatelic history. The exhibit “Today Rotary Press Machines Revolve” was displayed at several tens of domestic and foreign exhibitions for twenty eight years. It was awarded four gold, seventeen vermeil and seven silver medals at five world’s exhibitions under the patronage of FIP and twenty two international exhibitions. When finishing his exhibition activity in 1998, Severín Zrubec gifted his extensive thematic collection “Printing and Book” to the Museum of Book Culture in Trnava. However, the good man and excellent philatelist was also a poet engaged in writing for a long time. During 2003 – 2005, he published fourteen short collections of subjective lyric poetry written especially for his friends and acquaintances. 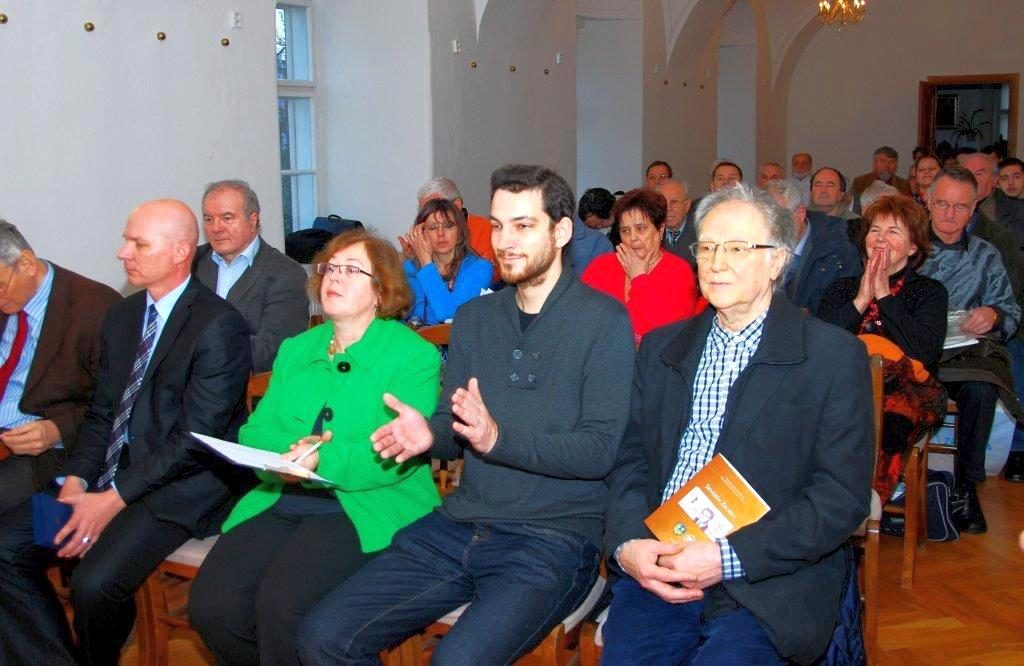 The traditional postage stamp with a coupon annually issued at the occasion of the Postage and Philately Stamp Day is impressively shaped as a trapezium with triangle coupons. It is dominated by his portrait and autograph. Zrubec’s first gold medal awarded at the World Postage Stamp Exhibition PRAGA 1962 extends over the right coupon, while a section of the emblem of the Society of St. Gabriel, he co-founded (1962), is depicted on the left one. FDC includes a postal stationery (J. Fándly, 1991 from Museum of Book Culture) issued by the Union of Slovak Philatelists and sent to his address.

Postage stamp Severín Zrubec (Pofis No.579, face value 0,60 €) was inaugurated with a great public interest on Dec.5th, 2014 in the Museum of Books Culture in Trnava. At the same date (Dec. 5th, 2014 – May 29th, 2015), the exhibition “Literary culture on postage stamps: Postage stamp collection of Severín Zrubec” was opened where is selection from his collection presented and diplomas obtained on international exhibitions.