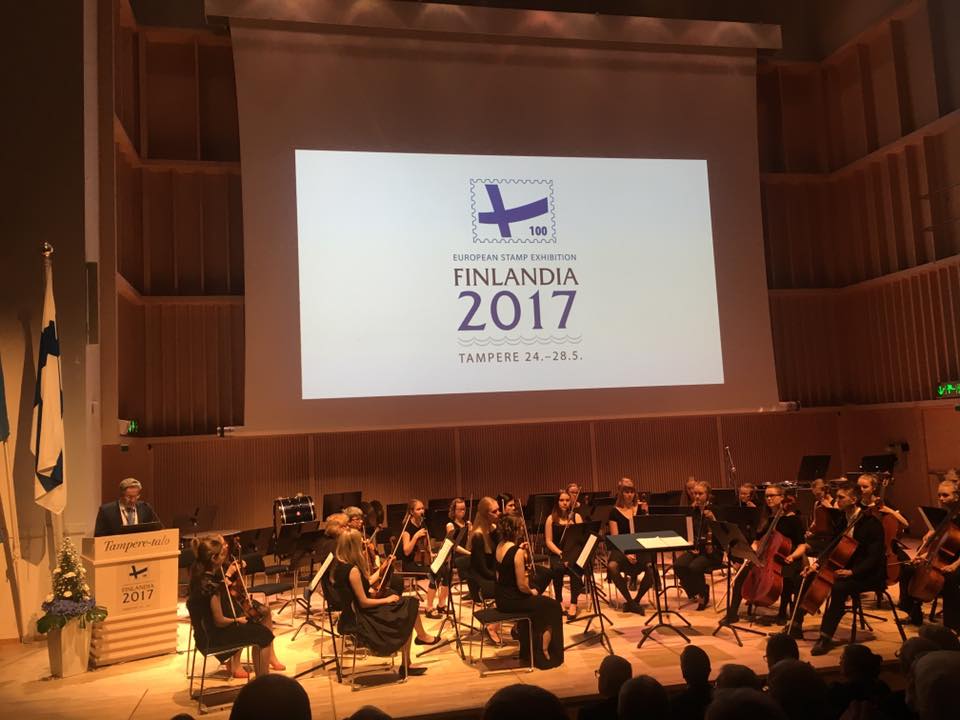 Appropriate and brief talks from Jussi Tuori, Chairman of the FINLANDIA 2017 Executive Committee; José Ramón Moreno, President of FEPA; Leena Kostiainen, Deputy Mayor of the City of Tampere and Anne Berner, Minister of Transport and Communications, officially opened the Exhibition, together with a brilliant concert of the Pirkanmaan Music Institute Symphony Orchestra conducted by Tiina Kaukinen and the Youth Choir Sympaatti, opened  FINLANDIA 2017, which finished with the emotive “Finlandia” from Jean Sibelius. It resulted in an outstanding ceremony. 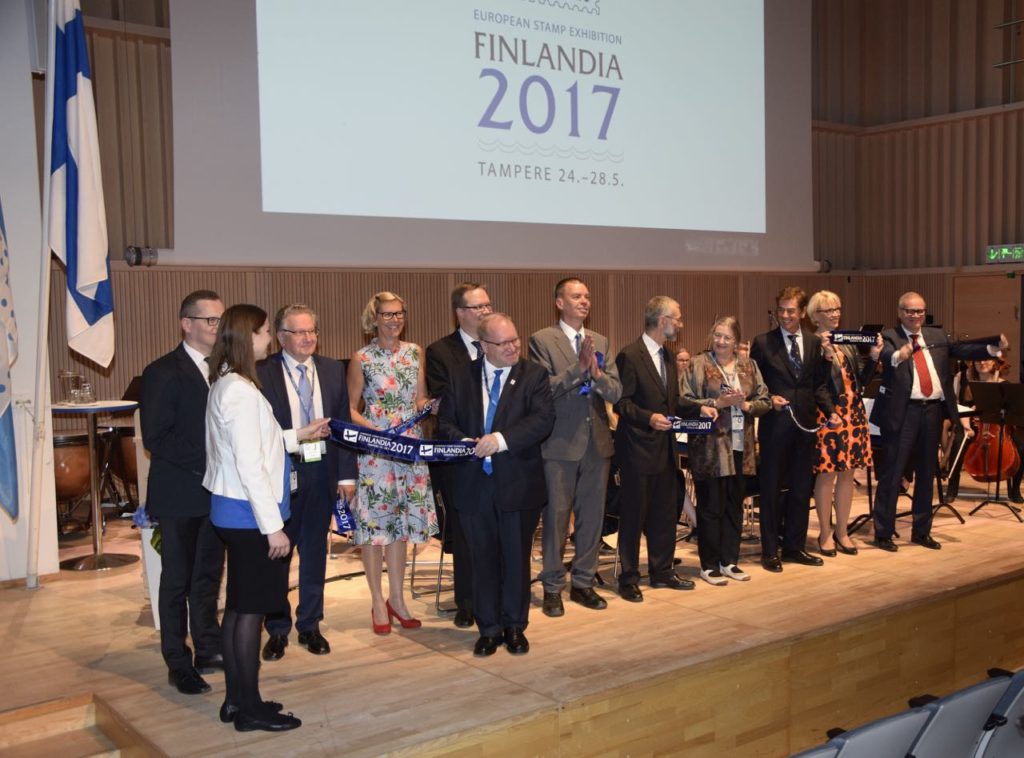 The honorary guests of the Opening Ceremony after cutting the ribbon at the Auditorium of Tampere Hall. 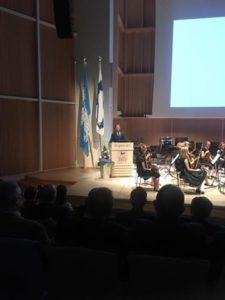 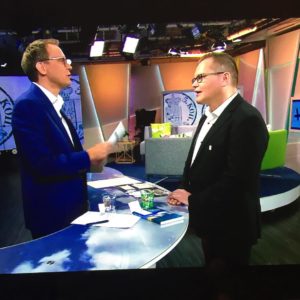 Left: The FEPA flag joined the Finnish flag at the Auditorium of the Tampere Hall.
Right: Jukka Mäkinen had a long interview talking about FINLANDIA 2017 at the main TV Channel of Finland 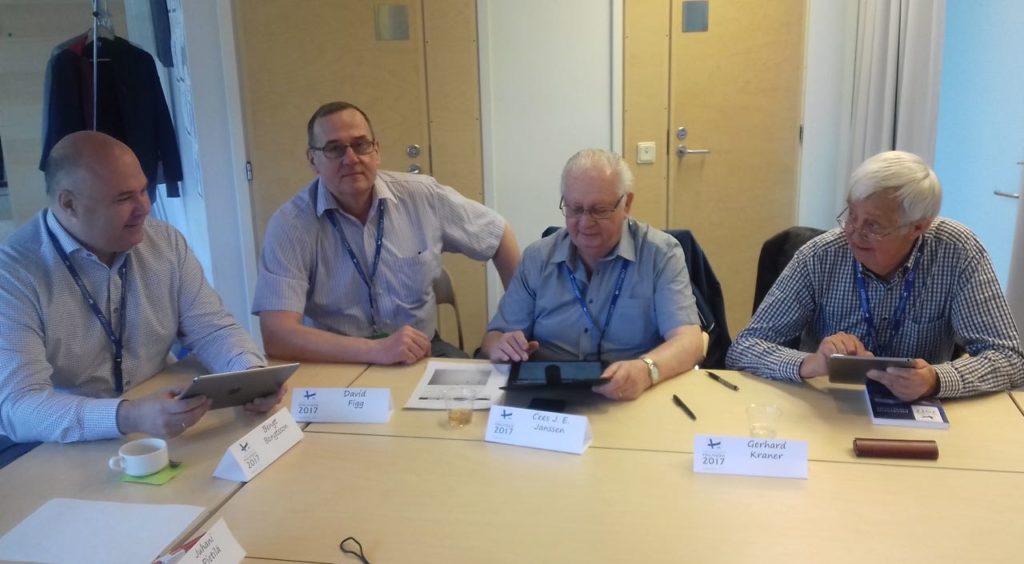 The jury was working through Ipad with no papers involved, which joined saving of time and lack of errors. 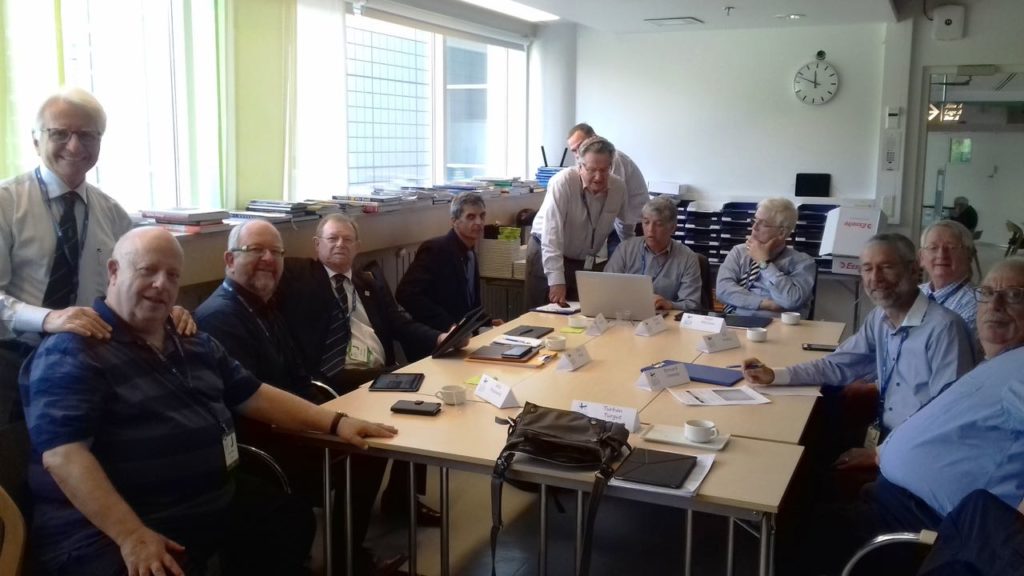 Some of the Postal History and Traditional Teams. 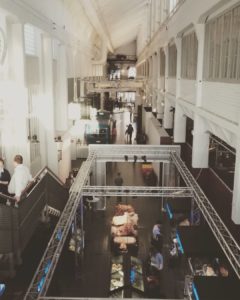 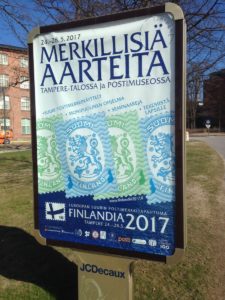 Left: View of the Postal Museum.
Right: Ads of FINLANDIA 2017 were displayed all around Tampere.

At the evening Mr. Kimmo Antila, Director of the Postal Museum invited to a reception and visit where were in show “Gems from the Collection of Queen Elizabeth II” together with philatelic treasures from the Postal Museum own collection. Mr. Michael Sefi, Keeper of the Royal Collection made an extremely interesting introduction to Queen Elizabeth II’s Royal Collection. Mr. Jussi Tuori, Chairman of the Foundation for Promoting Finnish Philately and Ms Birthe King, FEPA Consultant, delivered very nice welcoming words.

FINLANDIA 2017 is ready! The preparations, ahead of scheduled