Blog - Latest News
You are here: Home1 / News2 / REPORT OF THE MAIN DECISIONS TAKEN AT THE FEPA BOARD MEETING HELD IN L... 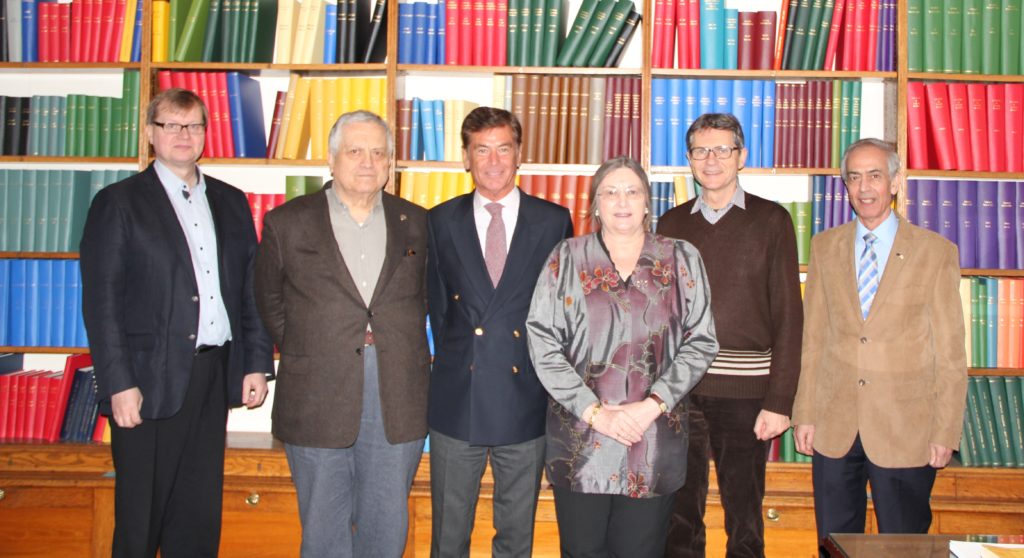 Report of the FEPA Board meeting, February 20th 2015 – London

Mr. Morolli explained the reasons for developing new regulations for judging philatelic literature. The Board agreed to his proposal for considering digital publications and redefining the concept of research, after the very positive experience at IPHLA 2012. As a first step he would harmonise the German and Spanish regulations and then submit the draft to the President, Mr. Hoepfner and Mr. Virvilis. After their review the draft of the regulations would be send to national federations. Such draft must by treated by the Literature delegates or other persons responsible for philatelic literature in every federation. After harmonisation among all FEPA members and the discussion at the next Congress, the proposal would be sent to the FIP Board.

The proposed Regulations for a Picture Postcard class for FINLANDIA 2017 had been agreed based on the Finnish/Scandinavian/UK regulations. The proposal harmonised the distribution of points with regulations for other competitive classes.  After discussion it was agreed that Mrs. King and Mr. Bračič would prepare a proposal to be sent to FEPA members.  Hopefully Regulations and suitable Guidelines would be ready to be accepted at the FEPA Congress in Athens.

Mr. Morolli explained some concerns about the Regulations for Open Philately, after the experience of using them at national exhibitions in Italy. Similar concerns had been reported from some other countries. Next year a check about the implementation of such Regulations should be performed, and all comments and experiences from judging at exhibitions should be considered. Its outcome will result into a proposal for changes and/or amendments, which should be sent to the FIP.

FEPA Regulations for Exhibitions (FREGEX) currently are exposed to FIP changes of the GREX, which are approved by FIP without the direct involvement of FEPA. Also some decisions regarding the GREX do not correspond to today’s situation in Europe, which requires more flexible and simplified rules, as already shown by the approach at NOTOS 2015. Mr. Morolli would prepare Regulation for exhibitions in Europe (FREGEX) which will take into account the European exhibitions singularities and requirements. They shall cover all the points of the GREX and in future it will be the FEPA Board’s task to harmonize the FREGEX with the future changes to the GREX.

Mr. Rangos raised the problem with numbering pages in exhibits. At the London 2015 exhibition the FEPA Board members present would check which position most exhibitors used for page numbering.

The FIP membership fee is another problem for many members. After the sharp increase of the Swiss Franc currency, FEPA would propose another formula for the calculation of the basic membership fee.

Mr. Rangos explained the idea by European Parliament of the Museum of European Civilization where also Philately could find its place. The FEPA Board agreed that it was a nice idea, but more in depth information was necessary.

Mr. Muhonen, as FPA Webmaster, joined the meeting explaining some of his views on the FEPA website. All basic documents were updated and the list of events was completed each time.

All FEPA members were invited to send news and information. As farther improvements, Mr. Muhonen would create documents easy to be copied. He would also prepare a private section of the site (password to all FEPA members) with a list of FEPA members’ email addresses, which could be copied to the email address, forms to be used at exhibitions, etc.,.  Links to the FIP commissions’ websites and to other institutions would be also created.

Mr. Muhonen would also investigate how to create an archive of news.

The problems for some members in paying FEPA membership fee had been resolved.

The Board granted FEPA Recognition to the Gmunden 2015 exhibition and  to the International Jury Seminar in Budapest.

It was decided that in order to support and encourage the FEPA members in promoting Philately, that FEPA Recognition of Seminars would not incur a fee.

To receive the FEPA Recognition the Seminars:

Should be open to all FEPA members

The request shall be accompanied by the provisional outline of the Seminar would be submitted to the FEPA Board.

The lecturers should be accredited FEPA or FIP jurors

The Board considered the problem of European countries that are not represented in FEPA. Mr. Rangos, Mr. Bračič and Mr. Moreno would investigate the situation in several countries.

Mr. Moreno stressed that FEPA News No. 26 had been a real team work for the first time, thanking all Board and FEPA Members. Contributors should be advised that photos must have a resolution of minimum 300 dpi. The Board members congratulated Mr. Bračič, for arranging the printing and distributing the magazine from Slovenia which had reduced the costs considerably for FEPA.

As FEPA treasurer Mr. Kunz was absent because of illness, the Board approved the papers he had provided.

The FEPA Board carefully considered the proposals received from the member Federations for the FEPA Awards 2014. The winners of the FEPA awards are:

ItaloRobettiand AchilleVanara (Italy):
The Communication by letter from and to Turin from the origins to 1730,
Volumes 1 and 2

FEPA Certificate of Appreciation 2014 for outstanding activities for the promotion of philately:

The Board decided to present a Certificate to all Runners-up for the Research Medal.

Mr. Rangos would send a report about the Expert Commissions’ work.

Mr. Morolli as FEPA Consultant and Mrs. King gave a report about the London 2015 Europhilex Exhibition and its thematic arm, the ECTP inEssen. Everything is progressing smoothly; all jurors are appointed and approved. In London there will be four seminars hosted by FEPA: Postal History, Traditional Philately, Open Philately and Thematic Philately. A short article about the FEPA will appear in the exhibition catalogue. InEssen the traditional FEPA Seminar for Jurors will take place as well.

Mrs Birthe King was thanked and congratulated for the excellent arrangements she did for the celebration of the meeting.

GRANTED THE FEPA AWARDS. THE FEPA MEDALS FOR ANTHONY VIRVILIS AND FRANK WAL...