The logo for NORDIA 2019 in Norway

NORDIA 2019, 23-25 August, took place in bright sunshine in Grålum near Sarpsborg some 45 km east of Oslo. The Hotel accommodation and exhibition facilities were all in one building, even with a swimming pool. 107 exhibits were shown, including six invited exhibits, where five of the exhibitors each gave a 30 min PowerPoint presentation, which was enthusiastically received by the audience. There were 20 stand holders including six postal administrations.

The catalogue was well laid out and included articles by Gunnar Melbøe, From Heimat collection to Open Philately and Narvik in the War 1940-45; Iva Marusic, A Royal “Ménage-a Trois”; Birthe King, Denmark: Conscience, Conflicts, and Camps 1932-1949, Peter Hornung, Real Royal Mail: Letters fromBritain’s Kings and Queens and their Family; Chris King, The Posts in the City of Lübeck before 1868, and Bjørn A Schøyen, Harald Damsleth – a Stamp Artist in the Service of Propaganda. 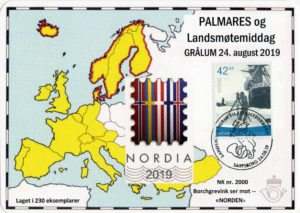 The atmosphere was very friendly and buzzing, as always at NORDIA exhibitions,with lots of philatelic friends meeting up and new friendships made. All awards up to gold were presented at an awards ceremony on Saturday afternoon, while gold and large gold awards were presented at the evening Palmares. 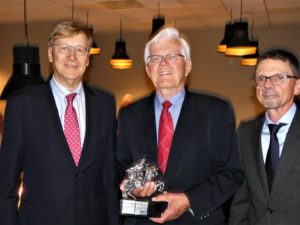 It finished with the opening of the envelope with the result in the Champion Class, where the Grand Prix d’Honneur, the Silver Postilion, was awarded to Eigil Trondsen for his postal history exhibit: Cunard Line, the Ships and the Transatlantic Mail 1840-1867, the Monopoly Years. He received the Grand Prix d’Honneur, the Silver Postiljon, presented by Lars-Olow Carlsson and Claes Arnrup of Postiljonen. 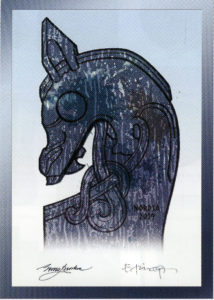 The ‘medal’, a numbered print of the specially designed artwork for NORDIA 2019

As a novelty the medals were not ‘medals’, but a specially designed numbered print for NORDIA 2019 by Sverre Morken and Enzo Finger.

Due to the work of the organising committee and a number of society meetings, more than 200 philatelists, partners, and friends participated in the well arranged Palmares.

Turkey, Spain and Finland, winners at the World Competition for the three Best...

4th of September 2019: One year of the present FEPA Website
Scroll to top