From the 18th to the 22nd of September was held in Tordera, Barcelona, the  IX EXFILCAT & National Spanish Sports & Olympic Exhibition “Tordera 2018”, organized by the Catalan Federation of Philatelic Societies, FECAFIL, with the support of the City Council of Tordera and the Philatelic Club Tordera and with the collaboration of the Royal Spanish Olympic Academy (RAOE). 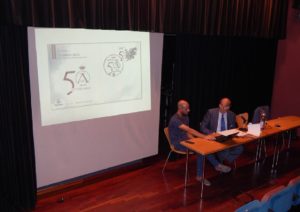 On Friday, September 21, Mr. Conrado Durántez gave a conference entitled “Olympic Sports and Philately” at the Clavé Theater in the town of Tordera, with assistance of the Mayor of the city, members of the Municipal Corporation and a select group of attendees interested in Philately 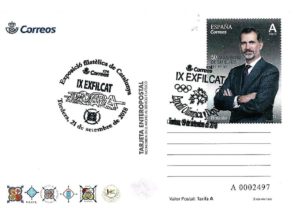 The Spanish Post “Correos”, issued a special commemorative cancelation and card with the logos of participant federations

The collections presented were of very high quality, especially at the National Olympic and Sports Exhibition. 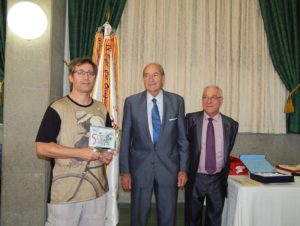 The winners of the contest were the following:

The Jury awarded the Grand Prix of the Exhibition to Joan Miquel Llompart, from Palma de Mallorca, for his collection “Sport, a social phenomenon”. He obtained the Gold medal, with 88 points. Llompart is a member of the Spanish Union of Olympic Philately (UEFO).

On the other hand, Santiago Sacristán Orejón (Madrid), member of the UEFO, presented an interesting collection with the title “History of the Olympic Games”, obtaining a Gold medal.

Other outstanding collections in the Olympic theme were:

“Flights for the Olympics” by Jacob Pieter Dekker (The Netherlands), Vermeil medal.

In addition, the Jury highlighted the collection in the Court of Honor: “History of the Olympics”. Presented in ten frames. This collection was built by the well known Olympic philatelist Sebastián Sabaté  being acquired by the Spanish Olympic Committee. 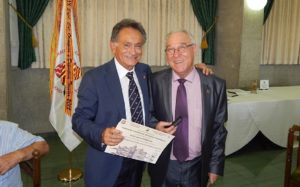 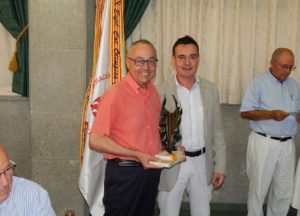 Our warmest felicitations to all those who have collaborated in the celebration of this great event. Particularly to Mr. Conrado Durantez, President of the Royal Spanish Olympic Academy, to  Mr. Pablo Galán, Vice-President of the Spanish Union of Olympic Philately, UEFO and to Mr. Joan Isern, President of the Catalan Federation of Philatelic Societies, FECAFIL and member of the Board of the Spanish Federation, FESOFI. The join tireless and efficient work of the three, together with the support of the local, regional and national institutions, lead to the great success of the exhibition. Congratulations!

Camilla Granatiero winner of the 2018 Award for University Doctoral Dissertation...
Scroll to top