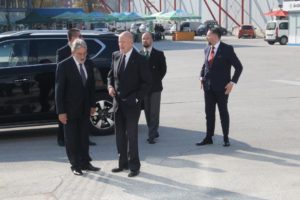 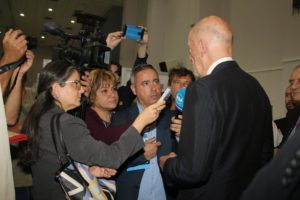 H.M. the King Simeon II of Bulgaria was very involved in the exhibition attending their main events accepting the invitation of Mr. Spas Panchev. Left photo, H.M. The King arriving to the exhibition. Right, this created a great expectation from the Media 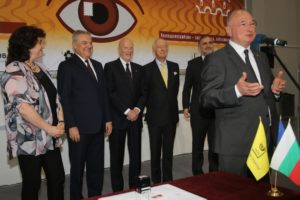 Opening ceremony: Speech of Mr. Spas Panchev in presence of H.M. The King and other authorities 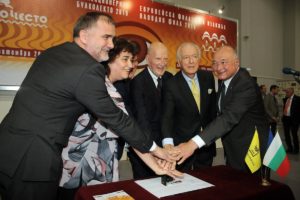 Joint postmark of the special issue by H.M. King Simeon II of Bulgaria (in the middle), the Mayor of the city f Plovdiv, President and Director of Bulgarian Post and Mr. Spas Panchev 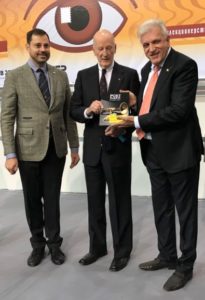 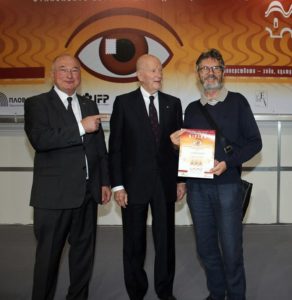 Left photo: During the event, Claudio Ernesto Manzati (right side) of Post Horn presented the Magazine to H.M. King Simeon of Bulgaria, who said words od appreciation for the quality of the magazine while Thomas Mathà (left side), President of the AIEP, the International Association of Philatelic Experts and co-founder of the Magazine of International Postal History awarded H.M.King Simeon of Bulgaria for his support to Philately. Right photo: Mr. Spas Panchev, H.M. The King and Mr. Bojan Bracic who represented FEPA as well as Slovenian Commissionner.

There were no jurors. Were awarded only the best National and the best International exhibits chosen by the national commissioners and some experts who were present. 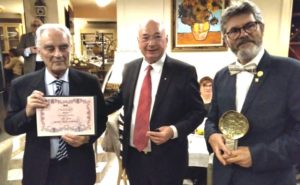 During the closing gala dinner, the names of the winners of the two Grand Prices were revealed: the National one for Bulgarian collections went to Mr. Idor Gatti while the International one to Mr. Vittorio Morani for his collection “Tuscany 1848-1866: Letter mail in, from and to Tuscany. Routes, Rates and Charges”. 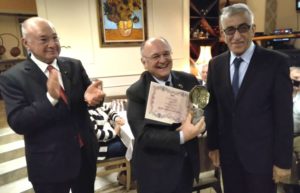 Mr. Spas Panchev, Mr. Vittorio Morani winner of the Grand Prix International for his collection “Tuscany 1848-1866: Letter mail in, from and to Tuscany. Routes, Rates and Charges” and Mr. Yigal Nathaniel. 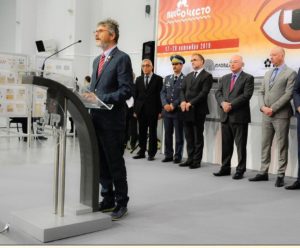 FEPA was represented by its Secretary General Mr. Bojan Bracic  who made a speech greeting all presents and congratulating the organizers for such innovative and excellent exhibition.

Granted the FEPA Recognition to NORDIA 2021

NEXOFIL Prizes to the Best Stamps of the World: Norway, winner, Ukraine 2nd,...
Scroll to top