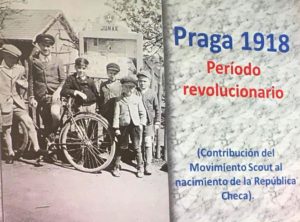 On occasion of the Centenary of the first Scouts stamps, has been held a Conference – Colloquium at the headquarters of the Scout Group “Kolonia de BP 347”, under the Organization of the “Club Filatélico Scouts y Guías” lead by Estanislao Pan de Alfaro. 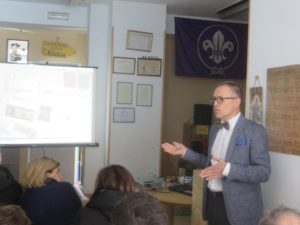 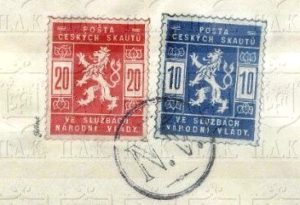 The speaker has been the specialist in Scout Philately, Benito González Bugallo

The end of the First World War brought the collapse of the Austro-Hungarian Empire. The Republic of Czechoslovakia, formed from the former Habsburg possessions of Bohemia, Moravia, Slovakia and the Ukraine of the Carpathians, declared its independence in October 1918.

In the chaotic days that followed, the Czechoslovak National Council authorized the Czech Scouts to deliver mail in Prague. The Czech Post Scout was in operation from November 7 to November 25, 1918, when the regular postal authorities assumed responsibility for the mail. 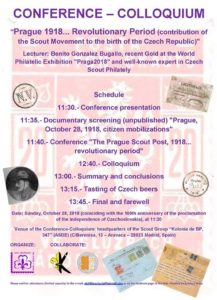