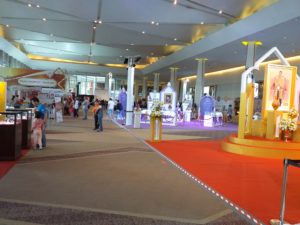 The magnificent entrance to the Exhibition Hall

Were present 603 exhibits displayed over 2547 frames. 33 of them got Large Gold medals and 110 Gold medals. 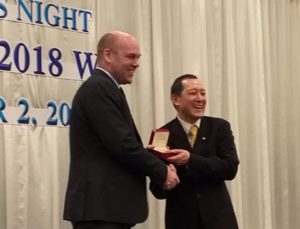 The Grand Prix d’Honneur was won by the exhibit of Peter Wittsten “Sweden 1855‐1872 The First Five Stamp Issues”. 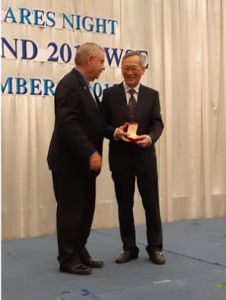 The Grand Prix International was for Richard Tan from Singapore for its “Straits Settlements from pre stamp era to 1900” and the winner of the Grand Prix National was Ayuth Krishnamara, from Thailand with his exhibit “Siam: King Rama IV and King Rama V (1837‐1904)”. 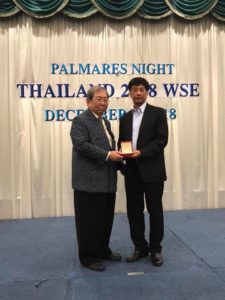 The trophies for the three Grand Prix winners will be presented tomorrow by HRH the Princess of Thailand during a special ceremony in the exhibition hall. 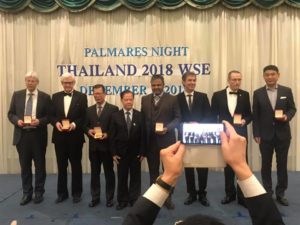 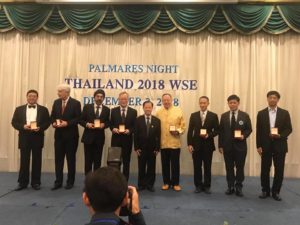 In the two photos above the winners of Large Gold Medals present at the Palmares, with Choon Koshapasharin, Vice Chairman of the Organising Committee 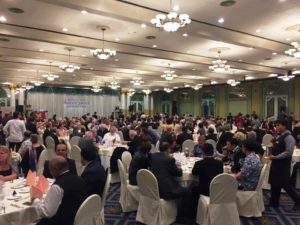 General view of the Palmares dinner

All results can be seen here, first table is by class and the second by country: