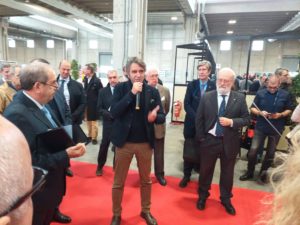 Opening Ceremony: The Mayor of Verona, Federico Sboarina speaking next to the General Commissioner of ITALIA 2018, Bruno Crevato-Selvaggi

The Royal Philatelic Society London with the  book “Southern African mails / Routes, rates and regulations 1806-1916” from Mr. Brian Trotter, won the Grand Prix of the International Philatelic Literature Exhibition, while the exhibit of Dr. Eduardo Barreiros “Portugal in the first World War” won the Grand Prix of the Great War International Exhibition. 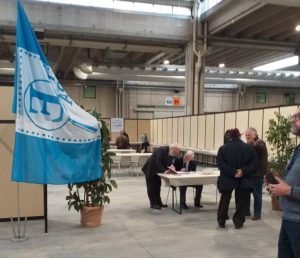 There was provided a wonderful reading space 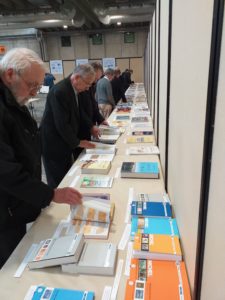 Unusual high number of visitors to the Literature space

The ITALIA 2018 FEPA Exhibitions were great events thanks to the extremely hard and efficient work of the Italian Federation lead by Piero Macrelli, the Associazione Filatelica Numismatica Scaligera di Verona and particularly the Chairman of the Organizing Committee, Bruno Crevato-Selvaggi and the Jury President, Giancarlo Morolli.

The exhibitions were held coinciding with the enormous Collectors Fair of Verona which celebrated its 131st Edition (two per year). 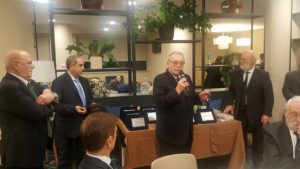 Mr. Paolo Vaccari during his speech after received one of the main prizes of the Literature Exhibition 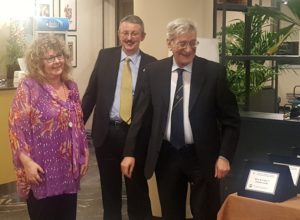 There were applied a number of important innovations as the pre-evaluation of the competing 40 Websites at home by the  jury members.Part of the remaining 250 exhibits of Literature were prejudged by the jurors in Milan during the last week of October. All the administrative procedures were done by Internet with no papers involved. Was also very important the introduction of the subclass for the exhibits devoted to Books and other publications of promotional and documentation nature.

The efforts of the organizers were rewarded by the unusual high number of visitors to the wonderful Literature space. 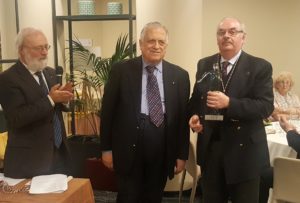 The Chairman of the Organizing Committee, Bruno Crevato-Selvaggi and the Jury President, Giancarlo Morolli presented the Grand Prix of the Great War International Exhibition to Dr. Eduardo Barreiros 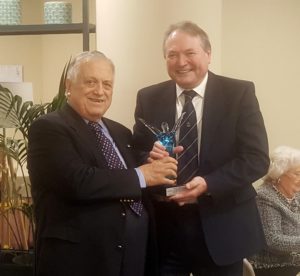 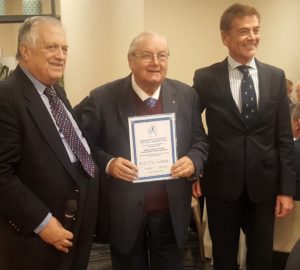 The FEPA Vice-President, Giancarlo Morolli and the FEPA President, José Ramón Moreno handed out the FEPA Certificate of Appreciation to the Associazione Italiana Collezionisti Posta Militare, received by its Vice-President Ercolano Gandini (in the middle) 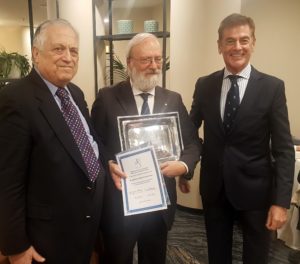 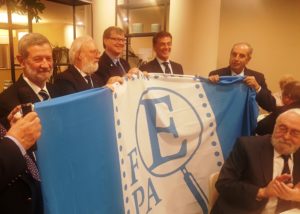 Finally was held the Ceremony of the handing over of the FEPA Flag to the next FEPA Exhibition, in March next year in Slovenia. From left to right: Peter Suhadolc, President of the Philatelic Slovenian Association, Bruno Crevato-Selvaggi, President of ITALIA 2018, Ari Muhonen, Director of the FEPA Board, José Ramón Moreno, FEPA President and Michele Citro, President of the Associazione Filatelica Numismatica Scaligera of Verona. In the foreground, applauding, Wolfgang Maassen.

“The jury of the international exhibition “Italia 2018 – The Great War” first of all is very grateful to all the exhibitors as with their participation they enabled to gather an impressive demonstration of the many philatelic aspects of the First World War. Furthermore, the jury expressed its appreciation for the efforts of the organizers who have set up such exhibits in an excellent way.

The jury of “Italia 2018” congratulates the Italian Federation for its decision to organize the second international exhibition of philatelic literature in Italy, after Italia82 in Milan, which was the very first in the FIP world. In addition, a warm appreciation must be expressed to the Associazione Filatelica Numismatica Scaligera for hosting the exhibition in the framework of such an important philatelic event like Veronafil.

The jury thanks all the authors and publishers who presented their works at the exhibition which was the first that combined a large number of digital entries and, in particular, of very interesting websites.

The jurors did a preliminary assessment at home and then they met in Verona from 21st to 23rd November. The jury during the exhibition period reached unanimity of the evaluations working in a very friendly and constructive atmosphere. Exhibits were evaluated according to the new FEPA regulations covering both paper and digital entries.

The Federazione fra le Società Filateliche Italiane appointed Giancarlo Morolli as Chairman of the jury, which had as members Luca Lavagnino (Italy) and Helmut Seebald (Austria), with the friendly support of Christopher Harman (UK), José-Ramon Moreno (Spain), Gerald Heschl (Austria), Ari Muhonen (Finland) and of the jurors of the national exhibition Rosario D’Agata and Franco Giannini.

The jury points out the high quality of the exhibits presented as well as the variety of the subjects treated. Jurors were involved in the opportunity of studying and assessing the copies of the exhibits before coming to Verona, where they met on November 22 and 23 for their final evaluations. They agreed with the results with the spirit of concord and friendship. The basis of their evaluation was the the FIP SREVs for each class with awards granted according to the national scheme of the Italian federation.

The exhibition was enriched by the presentations out of competition of the collective exhibit prepared by members of the Centro Italiano di Filatelia Tematica, as well as those presented by Nadir Giambeppe Castagneri, Fiorenzo Longhi, Francesco Maggi, Carlo Milanesi, Massimo Trenta and Valeriano Genovese.