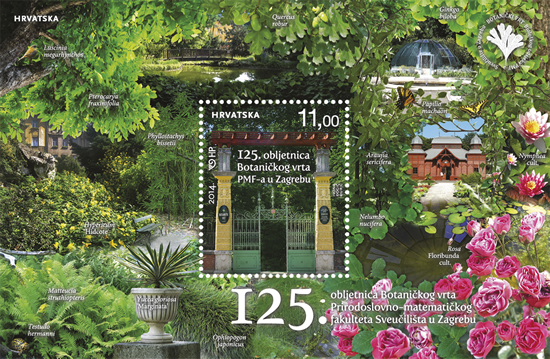 The Zagreb Botanical Garden of the Faculty of Science, University of Zagreb celebrates this year its125th anniversary, is the third most popular city attractions located just in downtown of the Croatian capital. Garden was founded in 1889 by Dr. Anton Heinz, university professor of botany. At that time Zagreb had only 38.000 inhabitants, only 2.000 houses, but the University already existed 220 years. The Botanical garden was partly built in English landscape  style and partly as French floral parterre with exhibition greenhousefor tropical plants. On the Botanical Garden are grown about 5.000 plants arranged in thematic collections with focus on endangered and 300 statutorily protected sorts of Croatian flora. Two small lakes with a small bridge, floral parterre and expo-pavilion are favorite attractions of the Botanical Garden, protected by law as the monument of culture and park architecture. 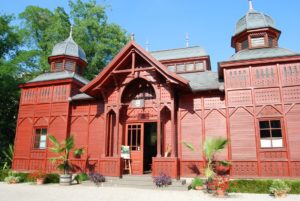 Since 1992 Croatian Post every second year issued stamps about Croatian flora. Among them two most recognized Croatian endemics are the Velebit degenia (Degenia velebitica) and Dubrovnik cornflower (Centaurea raguzina). But this year Croatian Post as joined the celebration of 125th anniversary of the Botanical Garden with issue of one interesting souvenir sheet, which bears a smell of roses. In the middle the sheet is stamp which shows detail of the entry to Botanical Garden. The stamp is surrounded by numerous interesting views in the Garden. One of them is Expo-pavilion where was official promotion ceremony of the souvenir sheet. This wooden beauty stood here since1891, as a gift from the Royal Government after the second Jubilee Exhibition of Agriculture and Forestry. During the season there take place various botanical workshops, lectures and exhibitions. 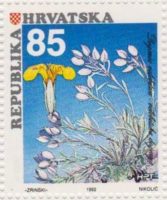 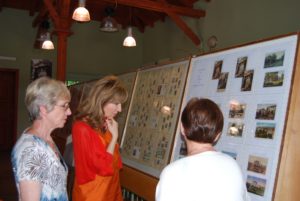 At the opening attended Mrs. Vera Šimić Jajčinović, as representative of the Mayor of the City of Zagreb. Mrs. Biserka Juretić, the Botanical Garden Manager made welcome address thanking for welcome of philately and Mr. Julije Maras, president of the Philatelic Club Zagreb speaking about the importance of philately. Mrs. Željka Librić, the author of the show »Flora in Philately«, pointed outthat the exhibition wanted to present a range of the richness and diversity of the Croatian flora in philately. On the end she said: «Thanks to our botanists on maintenance and enriching the collections of plants with special attention to Croatian wild species. Especially thanks that you enable philatelists to show you our philatelic botanical gardens, which increasing every year by year with new releases stamps of Croatian flora as with many flora stamps from whole world».Thematic floral exhibits prepared Željka and Ivan Librić and exhibit of »Zagreb Botanical Garden on old postcards« by Drago Glujić.

Tribute to exhibition »Flora in Philately«, on design by I. Librić, Philatelic Club Zagreb prepared commemorative cover with motif from Botanical Garden and one special cancellation which show the front door to Garden.