The Roll of Distinguished Philatelists

From the Honorary Secretary to the Board of Election 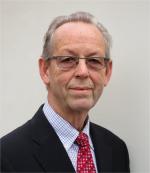 The Roll of Distinguished Philatelists was established in 1921 by the Philatelic Congress of Great Britain with the approval of His Majesty King George V, who was the first Signatory. An invitation to sign the Roll is regarded as the world’s pre-eminent philatelic honour.

Not including the newly elected RDPs, 368 philatelists from 41 countries have achieved this distinction. There are at present 79 Signatories from 27 countries including 17 from the United Kingdom, ten from the USA, seven from Germany, five from France, four each from Belgium, Italy, and Switzerland, and three each from Australia and Sweden. New Zealand, Norway, Singapore, and Thailand each have two, with other countries including Austria, Canada, Colombia, Denmark, Finland, Greece, Israel, Japan, Korea, Luxembourg, The Netherlands, Portugal, The Russian Federation, and Spain.

The Signing Ceremony will take place on Friday 7th August 2015 in Temple Newsam House a Tudor-Jacobean house with grounds landscaped by Capability Brown, in Leeds, West Yorkshire, England, during the Philatelic Congress of Great Britain.