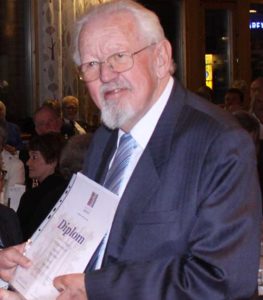 Born in Denmark, Knud Mohr was elected President of the FIP in December 1998 in Milan, after serving eight years as Vice-president. He was FIP President until the 2002 FIP Congress in Seoul where he was elected Honorary President. One of the world’s outstanding philatelists, he exhibited as a Large Gold recipient at international shows and won the Grand Prix International at BRASILIANA 93 in Rio de Janeiro. He signed the Roll of Distinguished Philatelists andwas a former Editor (until now Honorary Editor) of Fakes Forgeries Experts.

He was a wonderful person a real good friend. Philately will miss him a lot.

XXI Centuries of Postal Communications in Spain: The whole book