From the 13th to the 16th of May was held London 2015 EUROPHILEX. This show was an innovation in the international philatelic calendar. First, the O.C. lead by Bill Hedley, Francis Kiddle and Frank Walton did an extraordinary work of imagination to find the necessary financial resources. Then the exhibition was held in two countries, Thematic in Essen, Germany, within the frame of the ECTP, and the other Classes in London. It required applying a lot of flexibility and expertise to create an effective IREX to rule the event. This was successfully achieved by the hard and efficient work of the two national Federations, British and German, with the FEPA Consultant, Giancarlo Morolli, who played a decisive role.

Also was demonstrated that when Collectors and Dealers go together it result in a mutual benefit. The Exhibition commemorated the 175th anniversary of the first issue of adhesive postage stamps. This was a Great Britain invention that revolutionised communications and changed the lives of people around the world. 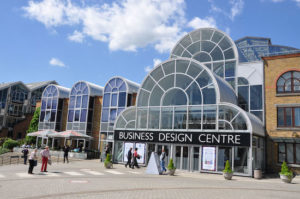 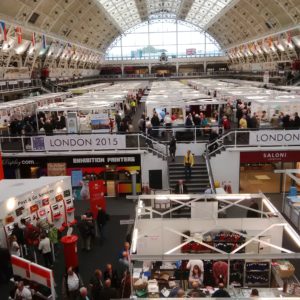 The superb Business Design Centre hosted the Exhibition, visited for thousands of philatelists, exceeding all expectations. 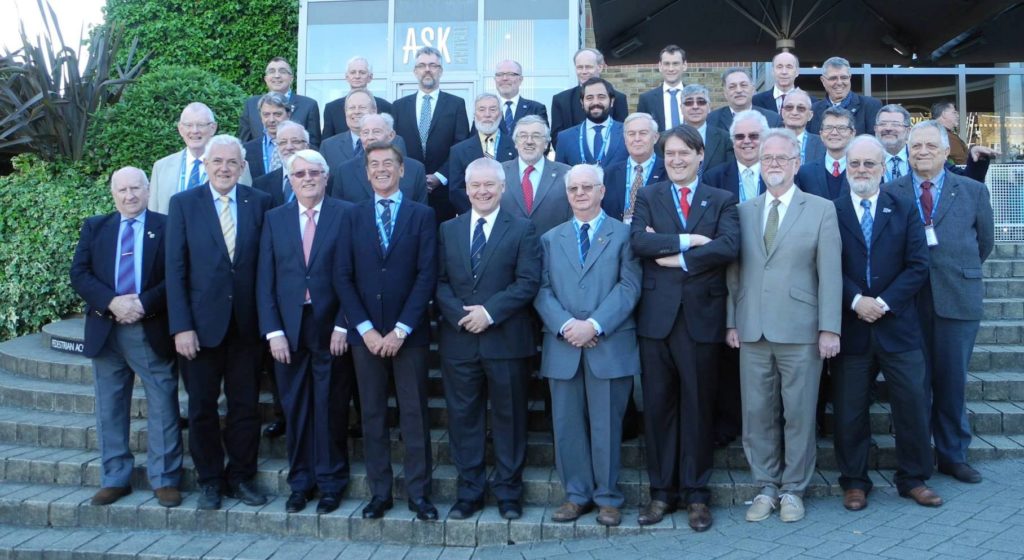 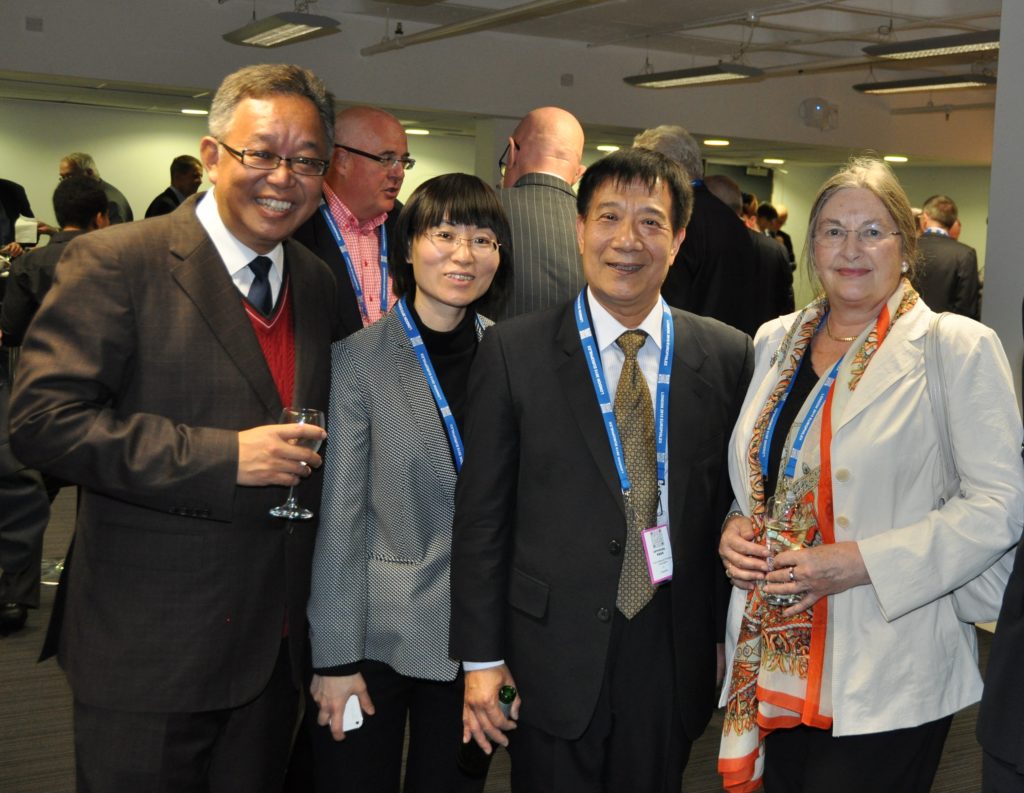 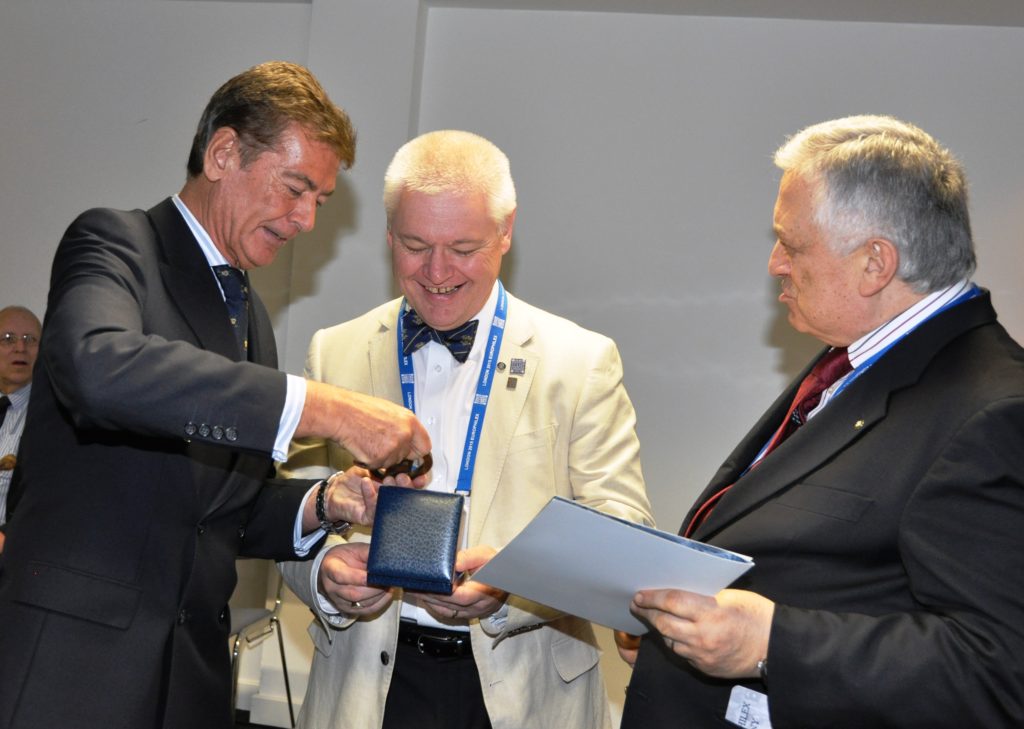 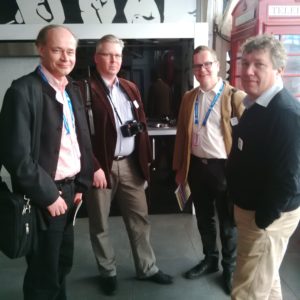 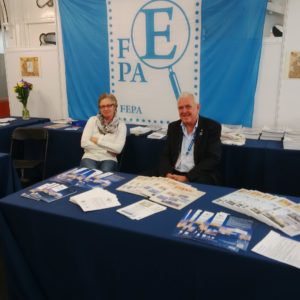 Left, the members of the Organizing Committee of Finlandia 2017, Jari Majander, Jukka Mäkipää, its Chairman Jukka Mäkinen and Jussi Murtosaari. Right: Birthe King obtained for free and prepared in an excellent way a stand for FEPA. Alfred Kunz, FEPA Treasurer and Mrs Kunz staffed the stand quite often during the exhibition. 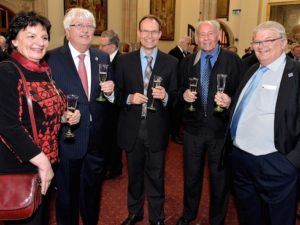 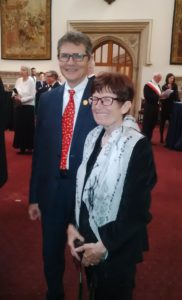 Report of the Jury of London 2015 EUROPHILEX

The International Jury at London 2015 EUROPHILEX presents its report.

The Jury extends its thanks to Her Majesty The Queen as Royal Patron to the exhibition.

Our extended thanks also goes to the management of “Stamp World Exhibitions” who on behalf of the “Association of British Philatelic Societies” is the organiser. The Jury tender their congratulations to the Executive Committee of the exhibition on the organisation of the exhibition and the arrangements made to give every possible help in their task of judging.

The exhibition broke new ground as the first multi-class exhibition to be held in London with the patronage of the European Federation (FEPA). It is also the first time an exhibition has been split between two countries, as the thematic philately class was held in Essen, Germany as the “European Championship for Thematic Philately” from 7 to 9 May.

The Jury has greatly admired the items assembled in the class sponsored by Club de Monte Carlo, “Philatelic Events that Changed the World”.

Traditionally the level of the exhibits at London Internationals has been very high. The competition has been very strong, particularly for the main awards. The standard of medals is exceptionally high, due to the fact that exhibitors in today’s context are very advanced in all facets of developing competitive exhibits.

The Expert Team conducted a wide review of exhibits in accordance with accepted procedures and reported to the Jury any anomalies.

The Jury cannot close their report without recording the very valuable services of the Assistants, David Alford, Greg and Sue Spring, supported by Andy Taylor.

A few amendments and transfers have been made to the original list of exhibits in the catalogue. These modifications have been printed elsewhere in the Palmares. 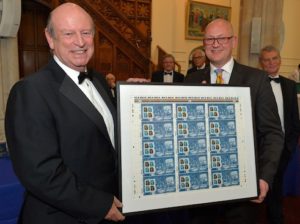 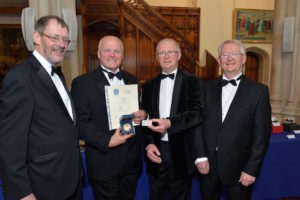 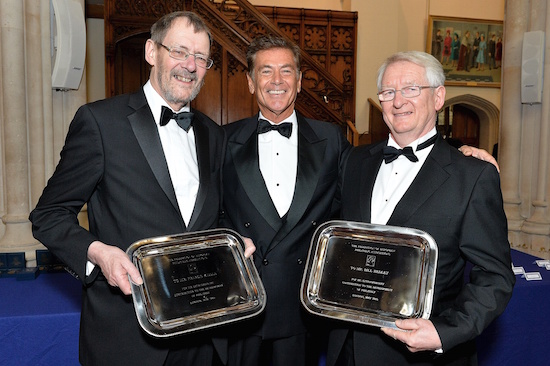 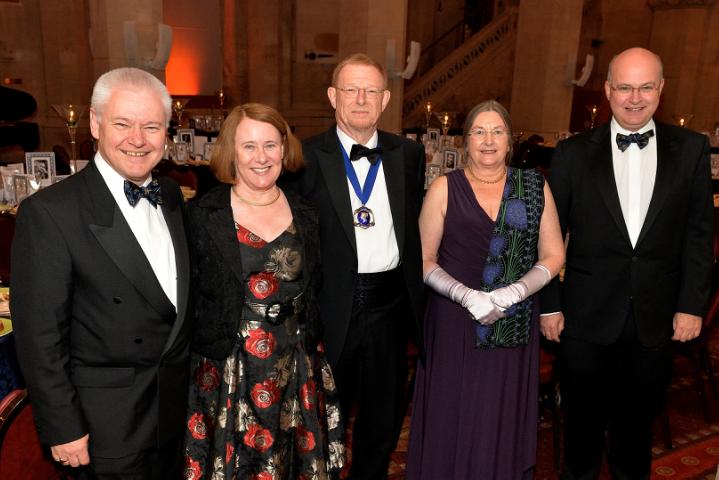 The members of the Royal Philatelic Society of London, had the RPSL President’s Dinner. In the picture Frank Walton, Mrs Walton, Chris King, President of the RPSL, Mrs King and Patrick Maselis.

The success of London 2015 EUROPHILEX was a team work were Bill Hedley Chairman of the Organising Committee, Frank Walton Commissioner General, Francis Kiddle Jury Chairman, Chris King President of the RPSL and Giancarlo Morolli FEPA Consultant had a key role.

In the whole, the event resulted in a great promotion of philately.

The programme was plenty of Seminars and other important events of which we will inform in separate “News”.