Blog - Latest News
You are here: Home1 / News2 / MINUTES OF THE 2016 FEPA BOARD ANNUAL MEETING 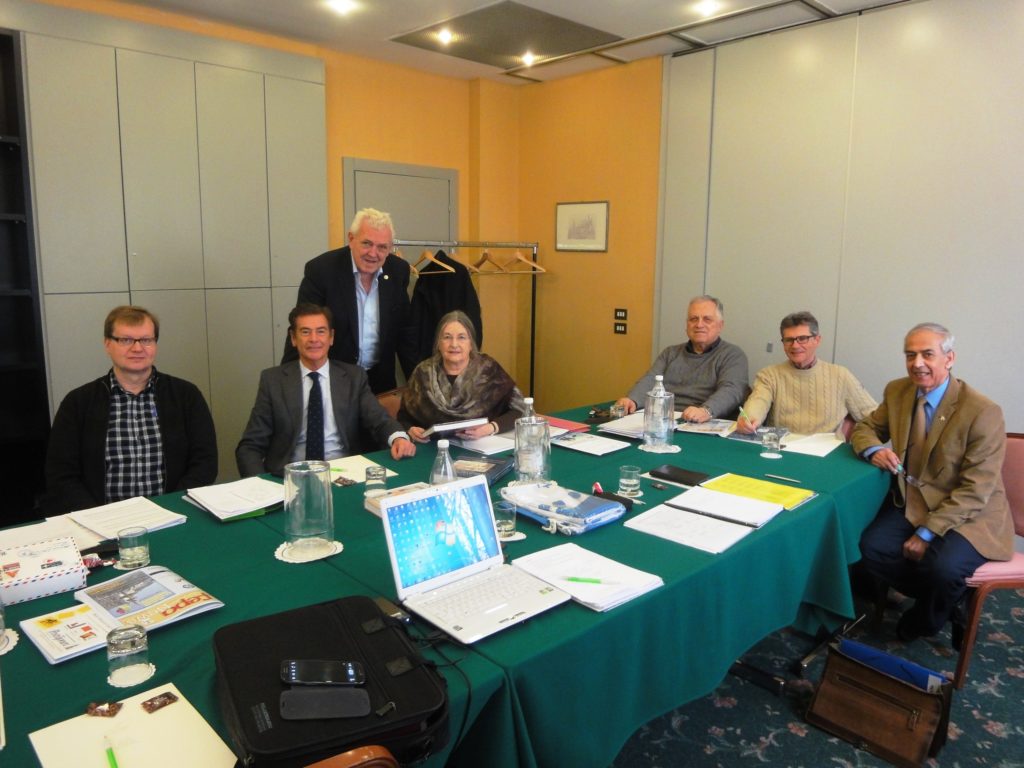 Minutes of the FEPA Board meeting, Milano–Linate, February 13th 2016

Giancarlo Morolli welcomed all attendees as a resident and on behalf of Italian Philatelic Federation.

1. José Ramón Moreno advised all FEPA Board members that every relationship between organisations within the FEPA area and the FEPA must be conducted through or with the approval of the national federations (associations or unions) not with separate clubs or societies or even individuals.

3. Giancarlo Morolli had prepared a proposal for changes to the SREV for Philatelic Literature. FEPA members will receive the proposed text in e-form for the FEPA Congress in Viana do Castelo. National federations will be requested to study them and provide comments. Federations should then involve the respective delegate in the FIP Literature Commission.

4. Expert Group. Giancarlo Morolli had compiled list of all the experts serving at the FEPA and FIP exhibitions since 2008 and started collecting the reports at the same events. FEPA Consultants for recent exhibitions should demand reports from the exhibition expert groups and send them to Giancarlo Morolli for the creation of a FEPA Database. NicosRangos had already received promises from three experts to send such reports. Giancarlo Morolli and Nicos Rangos will cooperate on this matter. Another activity will concern the establishment of a reference procedure and reporting forms, asking for the support of experts who had taken individual initiatives in this respect.

5. The two apprentice jurors at NOTOS 2015 successfully passed their examinations, and Akis Christou (Traditional) and Alexios Papadopoulos (Postal History) will be included on the list of approved FEPA Jurors in their respective classes. José Ramón Moreno stressed that apprentice jurors should have better knowledge of all documentation connecting jury work also the theoretical aspects. Consultants should also ask the Jury to fill in the examination forms for the apprentices and send these documents to the FEPA President.

6. Ari Muhonen gave information about FEPA web site. The archive is on the bottom of the page. The site has had over 200.000 visitors so far. Visitors are mostly looking at the News. Then, they look at the FEPA Calendar and the list of philatelic events, including national ones, especially if they provide links to the relevant websites.

7. FEPA News should publish announcements of future philatelic events not only reports of passed ones.

8. Few national federations had sent comments to the changes of FIP Statutes and GREX proposed by the FIP Board. The main comments will be presented at the FEPA Congress.

9. José Ramón Moreno asked the Board members, who had not yet sent their reports to the Congress, to do this as soon as possible.

FEPA covers travelling costs to FEPA Board members when they travel to the Board’s annual meetings, if their Federations are unable to do so.

10. Up until now FEPA has granted recognition to the following philatelic events:

The Union of Philatelists from Bulgaria would apply for FEPA Patronage for the exhibition to take place in Plovdiv in 2018 and informed that they planned another European exhibition in 2019.

12. The tasks of FEPA Board members have increased over the last years; and a motion was received from the Greek Federation to enlarge the FEPA Board from six to seven members.

13. It was agreed that the fee for FEPA Recognition for youth exhibitions should be only 20% of the normal fee. Seminars with FEPA recognition would continue without charge.

Giancarlo Morolli thanked the FEPA Board members for accepting the invitation to hold the meeting in his town, and the Board members expressed their gratitude to him and to the Italian Federation for the excellent arrangements to facilitate a successful meeting.