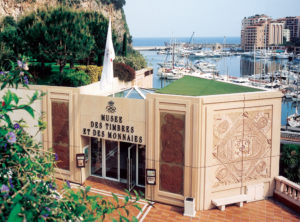 The Stamps and Coins Museum 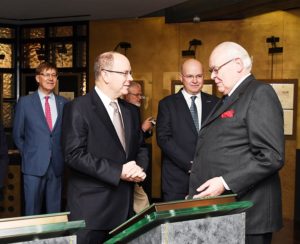 Prince Albert inaugurates MonacoPhil 2017. In the picture H.S.H. the Prince speaking to  Michael Sefi, Keeper of the Royal Philatelic Collection of Her Majesty Queen Elizabeth II, in presence of  Patrick Maselis, President of the Club de Monte-Carlo and President of the Royal Philatelic Society London, and on the left,Claes Arnrup, Chairman of Postiljonen AB.  Photo: Manuel Vitali/DC.

Saturday 2nd December was the last day to visit MonacoPhil 2017, which opened its doors on the Terrasses de Fontvieille November 30, in the presence of Prince Abert and Jean Castellini, Minister of Finance and Economy.

Over the three-day philatelic event, the public discovered exceptional items spread across three locations, including the MonacoPhil commemorative stamps, issued by the OETP (Monegasque Office for Stamp Issues).

An exhibition of “100 iconic stamps and documents” was held at the Musée des Timbres et des Monnaies (Stamp and Coin Museum) with items from 100 world famous collections belonging to Prince Albert II and Her Majesty Queen Elizabeth II, as well as from 10 postal museums and members of the Club de Monte-Carlo

At Espace Léo Ferré, there was a commercial section with 80 stands operated by postal administrations and well known international stamp dealers.

Monaco Top Cars Collection hosted an exhibition devoted to stamps of North and South America, with an unrivalled variety of international collections. At the same time, an exhibition focusing on Ferrari de La Renotière (Philipp von Ferrary) gave visitors a first glimpse of the many collections once owned by the King of Stamps.

This edition, Monacophil had also a top representation of Thematic exhibits:

– The American Civil War 1861-1865 – Background, Course of Events and Aftermath, from Olason, Anders (Sweden).
– The Conquest of Horizon – Columbus’ voyage from a global perspective, from Francisco Piniella (Spain).
– The on frame exhibit, Damian, the Hero of Molokai from Mark Bottu (Belgium). 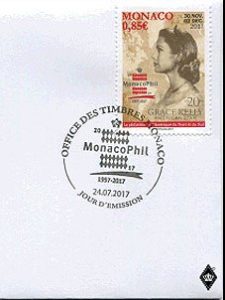 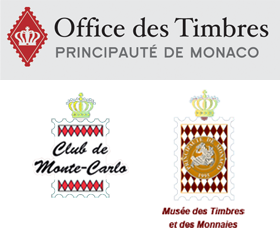 Special postmark over the  MonacoPhil 2017 commemorative stamp , based  in the stamp issued in 1993 by the United States and Monaco to honor Grace Kelly, Princess Grace. The design of the stamp was engraved by Czeslaw Slania of Sweden, the premier stamp engraver, using a publicity photograph from “Country Girl,” the 1954 film for which the future princess won an Academy Award. She died in 1982 in an automobile accident in Monaco.

Christoph Gärtner International Promotion Award 2017: The 1st prize for the...
Scroll to top