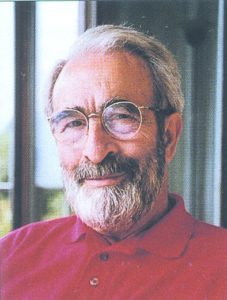 (wm) He was a giant of Postal History research, one of the greatest philatelic literature authors, a world-renowned expert and connoisseur, as there were few comparable: Paolo Vollmeier. He died on the 30th of November in Castagnola in Ticino, where he lived for many years. Paolo Othmar Vollmeier was born on October 3, 1929 in St. Gallen, Switzerland. The schooling until 1946 in St. Gallen was followed by a visit to the technical center in Winterthur with the completion of the Engineering Diploma in Chemistry. Professionally, he worked in various countries, Switzerland, Italy, Germany, U.K. and the United States, and then, mainly in Italy. Since 1960, he held executive posts in the Italian textile industry, in 1981 joined the board (president) of a printing company (Offset Italia).

Paolo Vollmeier began collecting Swiss cantonal stamps as early as 1957. Since the 1960s, he has mainly dealt with pre-philatelic and engraver studies. He has been an examiner and expert since 1974, juror at numerous international exhibitions since 1982 and member of the FIP Expert Team (1997-2000).

It had become quiet around him in the last few years. He was suffering from age-related illnesses that, to his regret, were increasingly limiting him. His friends from the philatelic world never forgot him. In 2016 he was a guest at a symposium of the Swiss Consilium Philateliae Helveticae. This should be his last stay among friends. Paolo Vollmeier lives on in his work. He will not be forgotten.

Christoph Gärtner International Promotion Award 2017: The 1st prize for the...

Change of presidency of the AEP, Académie Européenne de Philatélie
Scroll to top