All the best in Polish philately 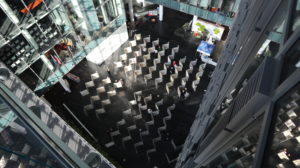 View the exhibition from above

Once every four years, the biggest event for philatelists takes place in Poland. On October 3rd-7th, the XXII Polish National Philatelic Exhibition was held in Poznań on the occasion of the 100th anniversary of the Polish Independence. On 500 frames you could admire the 117 best exhibits in Poland and get acquainted with the 31 exhibits of literature.

On the occasion of the exhibition there was one stamp issued and seven occasional postmarks were used. There were balloon mail for those who were interested. The balloon took off from the sports field near the place of the exhibition and transported letters assigned for this purpose. 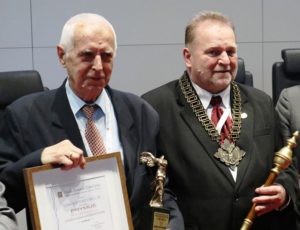 Every day of the exhibition something interesting happened for the audience visiting the exhibition. On the first day, as part of the opening ceremony, Nike statuettes were awarded, constituting the symbol of Prymus (top of the class), a kind of philatelic Oscars. They were given, among others, by Ludwik K. Malendowicz – for the overall activities for the Polish philately and Club of Thematic Philatelists TEMATICA – for the best team. 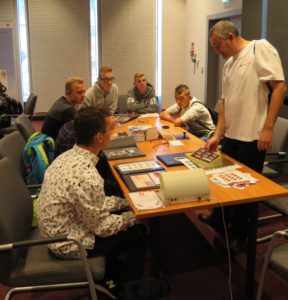 During two days a lot of groups of children and youth visited the exhibition and they enjoyed a bunch of attractions prepared for them by special entertainers. Time was filled with fun and contests about stamps, familiarization with exhibits of their peers, presentation of stamps made of various materials. The philatelic occasion was also used to remind the patriotic anniversary. There was an army in historical uniforms, with the help of reproductions of stamps from that time the young people were reminded of the history of regaining independence. In the following days there was a ceremonial session of the Polish Philatelic Academy, meetings of philatelic interest clubs, training of philatelic judges, presentations of new editions of philatelic books. 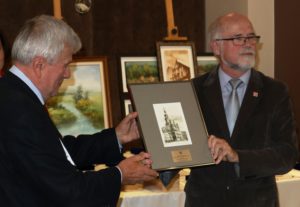 The President of the Jury, Jacek Kosmala, presenting the Grand Prix d’Honneur to Ryszard Prange for the thematic exhibit “Vine and wine – gifts of gods, sun and soil”.

Camilla Granatiero winner of the 2018 Award for University Doctoral Dissertation...