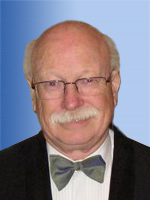 Gary was a well-known philatelist all over the world, having been a philatelic exhibitor since the 1980s and a collector all his life. He was an FIP juror in Traditional and Postal History with a number of international qualified exhibits that have included Aden Postal History, for which he won the Grand Prix d’Honneur at Sharjah 2012. He collected British Commonwealth for 35 years, and then moved on to Natal, South African telegrams and the states of Northern Africa before getting into cricket on stamps.

Gary runned his family’s business in making “Platypus brand” cricket balls and that’s why he collected Cricket as a theme on stamps as well as an Open Philately Exhibit.

He was always kind and ready to support the colleagues.

Rest in peace such wonderful person and great philatelist.

The 2019 AEP Awards. The winners are : Henk Slabbinck, Patrick Maselis and Guy...

Elected the new Board of the Austrian Federation. Mag. Helmut Kogler and Ing....
Scroll to top